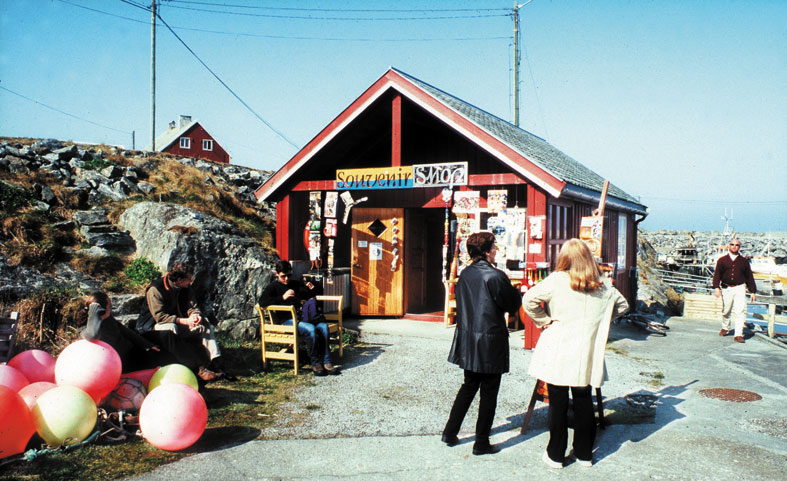 For 3 months, Smets stayed on the former Norwegian fishermen’s island Ona. With only the coast guard from the lighthouse and the grocery shop owner as neighbours there was not a lot to do other than walking around the island.

During the daily stroll, Smets noticed the growing carpet of the refuse of civilization; plastic bottles, spray cans, ropes, pieces of lifeboats. With every walk he brought a piece home and built up a whole collection. In spring the former fishermen families who once lived on this island, came to Ona to clean up the coastline and burn the plastic. This yearly ritual is done before the cruise ships arrive to consume the picturesque scenery. Smets set up a souvenir shop in the harbour, designed wrappings for the cultural dissidents and sold them to visiting tourists as genuine souvenirs in the harbour.