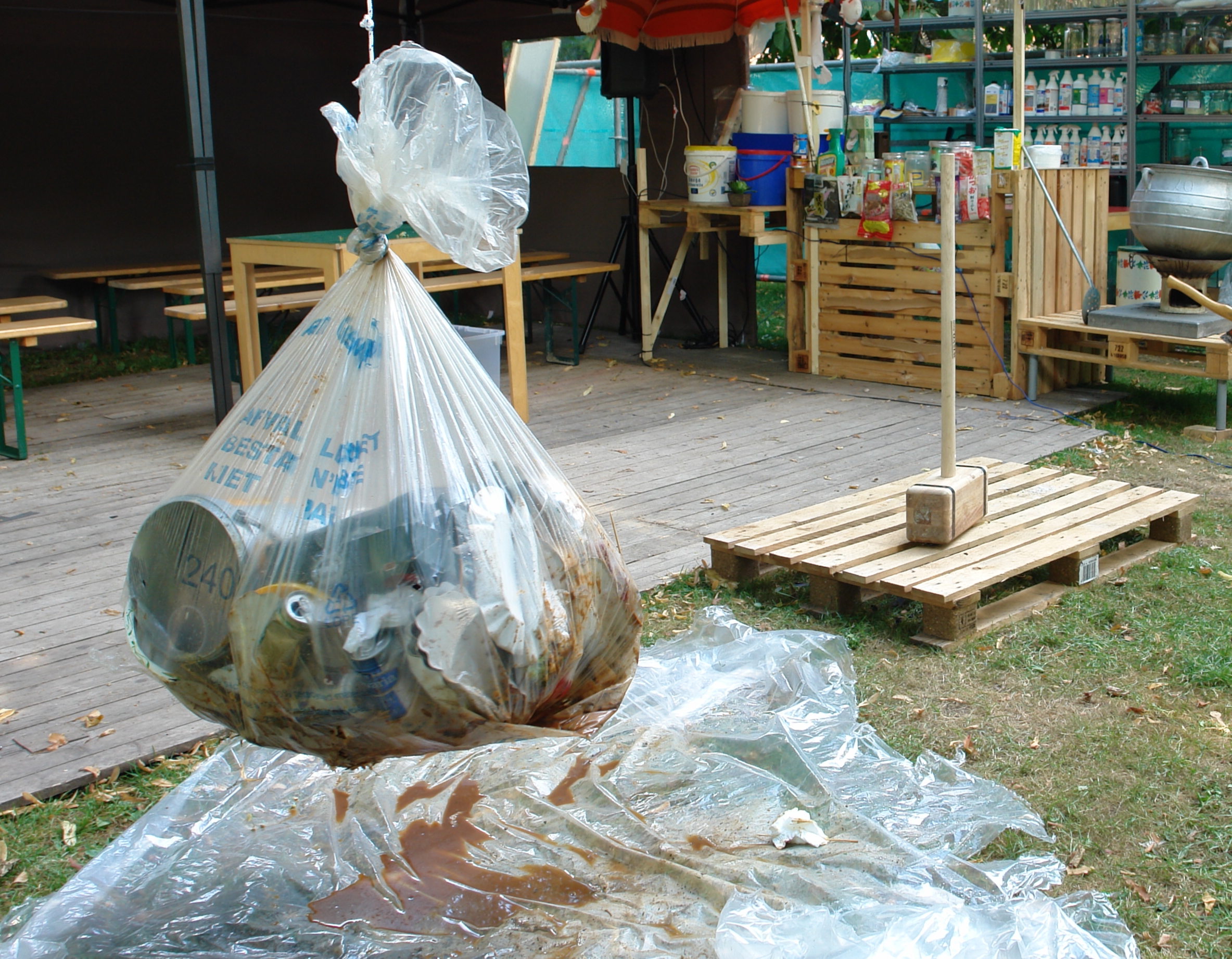 537 kilograms. That’s the amount of waste a single person produces each year. From diapers to glass, from plastic to paper: waste often tells us more about who we are than we would usually dare to admit.

Commissioned by GRAS, Melle Smets and Bram Esser developed the VAD – Garbage Analytics Service for the Noorderzon festival in Groningen. They went on a summer-long internship with the garbage collectors of the city of Groningen. They swept the streets, sorted bulky waste and made digistate.

At the Noorderzon festival, the VAD opened the Garbage centre for anyone struggling to cut loose from their unused stuff. In its self-built separation station, the VAD provided a fitting farewell. Every evening there was a dazzling performance with ‘the bag of the day, garbage goodbye stories, facts and figures,’ to playfully confront visitors with the hard facts of garbage.

An all inclusive weekend to a business park viewing the A12 highway.